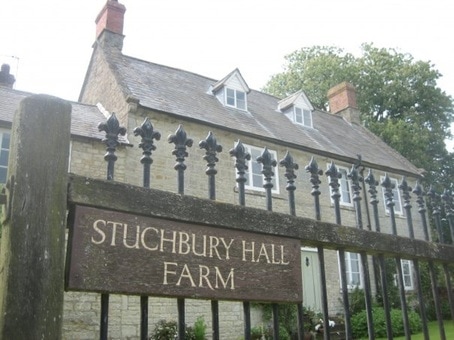 ​A history of Stuchbery, and a bit more....
Welcome to 'Stuchbery - A Common People'!  If you've ever wondered about this strange and funny name, this is the place to find out all about it!  Here, you will (hopefully) find answers to "Where did the name come from?", "How many ways of spelling Stuchbery are there, anyway?", "What historical influences affected my ancestors?", "I'm a Stuchbery - what did my ancestors do?"......and of great interest to me: "Are we all related?".

Moving forward from the historical context and into groundbreaking research, are the various individuals who have had their DNA analyzed for common ancestors, and potential current long lost relatives.  At the time of writing, only three genetically distinct Stuchbery families have been found.  Out of all of us, spread across the world - from England, to Australia, New Zealand, Canada and the United States - just three.  This is an ongoing investigation that will be updated on this site and app.  Genealogy will be updated as well as historical stories and pictures.

I hope you find this site both interesting and informational.  Please feel  free to contact me for any input - corrections, additions or comments welcome!

Check out the menu above for the different pages on this site. 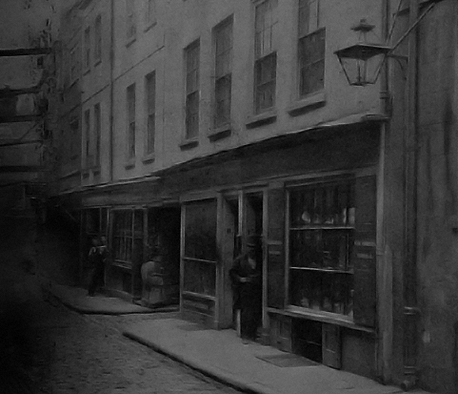 ​Seething Lane, London of
​"The Seething Stuchberys, Lightermen of the Thames",  mid 19th century since lost in The Blitz
Walks in Pepys and Dickens London. Friday, July 17th, 2009

Walks in the eastern section of the City of London uncover some lovely old historic streets, several of which have intriguing tales attached to them.

Many visitors to the Tower of London fail to realise that, just a short walk away is an intriguing street called Seething Lane which we feature on several of our City of London walks.

Seething Lane once stood near to the Cornmarket and it was probably from this proximity that its name - which is derived from Old English words meaning full of chaff - came.

The mansion of Sir Francis Walsingham, Elizabeth 1st’s loyal spy master general once stood on Seething Lane. He was of course the man responsible for finally entrapping Mary, Queen of Scots into playing her hand and revealing her desire to wrest the throne of England from her cousin, Elizabeth 1st. He lived at the mansion until his death in 1590.

In 1656 the Navy Office was built on the site of Walsingham’s mansion and in 1660 Samuel Pepys was made Clerk of the Acts of the Navy and given a house on Seething Lane.

Pepys is an intriguing character and several of our London walks turn to his astute observations on 17th Century London life to really give you the impression of actually being there.

It was whilst living here that Pepys worked night after night on his famous diary - a diary that he kept in coded shorthand, and in three different languages, French, English and Spanish, so that his wife, who spoke both French and English, would not uncover the sordid details of his infidelities!

By 1673 he had climbed to the top of the greasy pole that was the 17th century civil service and had been appointed  Secretary for the Affairs of the navy - an intriguing title given his lustful private life .

He kept the post until 1679 when he was forced to resign as a result of unfounded charges of spying for the French being brought against him.

By 1686, however, he returned to office and was made Secretary of the Admiralty, a post he clung on to until his retirement in 1689.
Towards the top of Seething Lane there stands a tiny church called St Olave’s which we feature on our Dickens London walks.
The church was restored in 1951 following bomb damage in World War Two. This was the church where Samuel Pepys worshiped and where he lies buried under the nave. Indeed Pepys referred to it as “our very own church.” after bomb damage in 1951. Charles Dickens  knew the church and mentioned it in an essay entitled The City of the Absent in his Uncommercial Traveller. One of the most eye-catching things about the church is its gate, over which are several stone skulls with spikes protruding from them. Dickens described the church as “one of my best beloved churchyards.” Making reference to the skulls he wrote “I call it St Ghastly grim. It is a small churchyard with a ferocious strong spiked iron gate, like a jail. This gate is ornamented with skulls and cross bones larger than life, wrought in stone; but it likewise came into the mind of St Ghastly grim that to stick iron spikes a-top of the stone skulls, as though they were impaled, would be a pleasant device. Therefore the skulls grin aloft horribly, thrust through and through with iron spears…”

and now a word from our sponsors: