The Ascendance of the Lords of Picquigni

From Ailly, in Picardy, came the founder of a race of Northamptonshire Barons. The Vidames de Picquiny (sic) were among the magnets of medieval France, hereditary Officers of the Bishop of Amiens. Two members of this family - Anculf (Ansculf) and his brother Gilo (Ghilo) de Pinchegni, followed the Conqueror to England. The names of both Anculf and Gilo are inscribed on the Battle Abbey Roll.

A quote from The History of the Pinckney Family

"There is well established evidence that the Lords of Picquigni had been in power in France for several centuries. The Duchess of Cleveland writes: "A castle that had existed there (at Picquigni) as early as the eighth century became the head of a barony to one of the greatest houses in the north of France, maternally derived from Charlemagne." The Picquigni family continued under the headship of its "Vidomes" who were among the magnates of mediaeval France, hereditary officers of the Bishops of Amiens, and their former abode in that city is still known as Le Vidome." "

Guermond was Seigneur de Picquigny, he was married to Adela and they lived in the castle there. They had six children.

·
It was Ansculf and Ghilo who came to England in 1066 with William the Conqueror. Although the family are from Picquigny they also owned lands in Vernon sur Seine in South Normandy and that meant that the Duke of Normandy (William) was thus their Lord Paramount.

The Battle Abbey Roll has inscribed on it the names of "Anscoul de Picquigni" and "Guillaume de Picquigni" . The Domesday Book shows the vast lands bestowed on the brothers by William in recognition of their services.

Below is given a list of companions who supposedly accompanied William the Bastard of Falaise, Duke of Normandy, [later William I of England] at the Battle of Hastings. For their services, each commander was granted lordship of large areas of English countryside, albeit each being widely separated from the other. To the victors went the spoils.


The list is an aggregate of a number of names from  different sources which have become known as the "Battle Abbey Rolls"4.  A scrolled tablet was hung prior to the 'Dissolution' in Battle Abbey, which reputedly held the names of the commanders at the battle. Various "copies" of this roll  with considerable additions and thus differences exist. The French government in 1931 produced yet another roll, the "Falaise Roll" which has considerable differences again. This roll of 315 persons is now  preserved on a bronze plaque at William the Conqueror's chapel in his castle at Falaise, although many were not added in time for the unveiling. Apparently this list is now held at the Falaise Town Hall, below the castle where William was born.8
There are 375 commanders shown below, from a total force of about 5000 men. Those shown in red are accepted by scholars6 to be extremely likely to have been at the Battle of Hastings. Many Anglo-Norman families have claimed descent from an ancestor who supposedly attended the great battle but few can show proof of this. It is probable that for many families who can demonstrate Norman descendancy, their progenitor entered England as a settler in the aftermath of the Conquest.

Similar titles are possessed by the Patriarchs of Venice, Lisbon, and the East Indies. The honorary patriarchal titles Latin Patriarch of Constantinople, Alexandria and Antioch were abolished in 1964. There is also a Greek Orthodox Patriarch of Jerusalem.

The Kingdom endured almost 200 years until the last vestiges of the Kingdom were conquered by the Mamluks in 1291, and the Latin hierarchy was effectively eliminated in the Levant. The Latin Patriarch moved to Cyprus in 1291. From 1374, the Church continued to appoint titular Patriarchs of Jerusalem, who were based at the Basilica di San Lorenzo fuori le Mura in Rome.

In 1120, with King Baldwin II, he convened the Council of Nablus. The canons of the council served as a sort of concordat between the church of Outremer and the Crusader States. The first canon is a promise by Baldwin to surrender the appropriate tithes to the patriarch, namely those from his own royal estates in Jerusalem, Nablus, and Acre. In the second canon, Baldwin requests forgiveness for the tithes he had previously withheld, and Warmund absolves him in the third. This shows that the church was able to assert its rights in the Crusader kingdom, a victory in the Investiture Controversy still raging in Europe.

In 1123, he negotiated an alliance between Jerusalem and the Republic of Venice. This was finalised in the treaty which bears his name: the Pactum Warmundi (from his Latin name Warmundus).[ 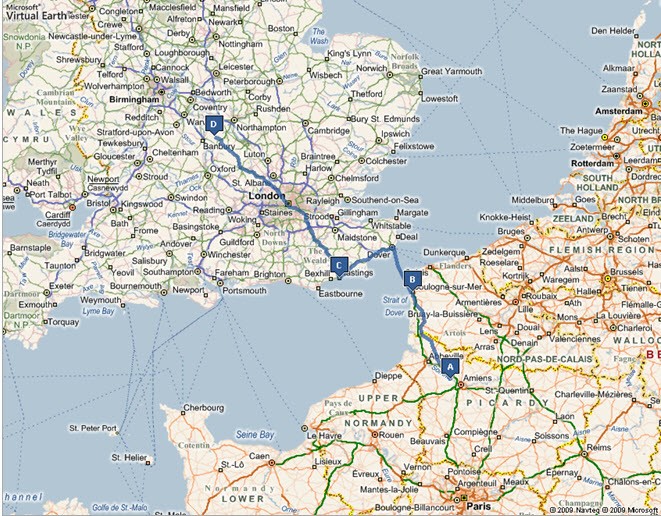 History, gazetteer, and directory of Northamptonshire; comprising a general survey of the county, and a history of the diocese of Peterborough, by William Whellan and co
By Whellan Francis and co
Published 1849 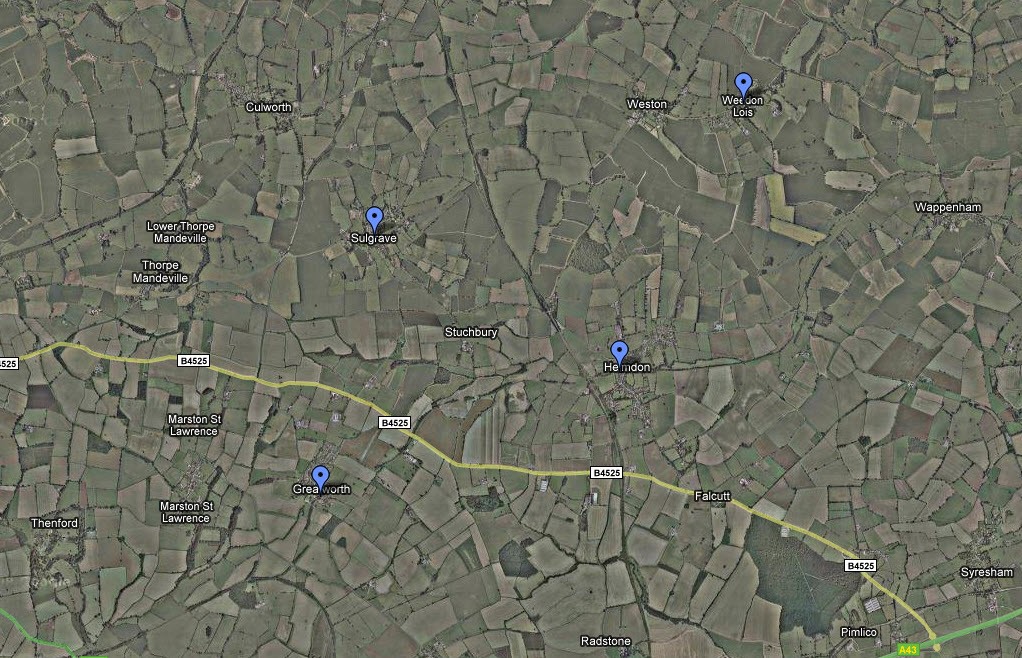 This parish which has neither church or village, is bounded on the north by Weedon, on the east by Helmdon, on the south by Greatworth, and Marston St. Lawrence, and on the west by Sulgrave. The lordship contains about 1080 acres, though the parliamentary returns give only 250 for the parish. Its population in 1801, was 30; in 1831, 29 ; and in 1841, 21 souls. Its rateable value is £1,480 ; and the amount of assessed property £1,496. The soil is principally a strong loam, and the principal landowners are Thos. Caldecott, Esq., (lord of the manor), J. J. Blencowe, Esq., John Wrighton, Esq., and the University of Oxford. This parish is situated five miles N. by W. of Brackley. " There is a tradition," writes Mr. Bridges," that the town was destroyed by the Danes many ages ago; and as this part of the country was infested by them, possibly it might suffer with Steane and Brackley, from the depredations they committed. But it is certain there were here both a manor and a town, several centuries after the Danes were expelled."

Manor.--Hugh and Landric held two hides of land in Stoteberie of Gilo de Pinkeney, at the time of the Doomsday survey. There was a wood 3 furlongs in length, and two in breadth; and the whole was valued at 30s., but was then advanced to 40s. Osmund, the Dane, was the possessor in the previous reign. These 2 hides were given to the priory of St. Andrew, at Northampton, by Simon de St. Liz, upon its foundation in 1084; and in the 9th of Edward II., (1315) the prior of that monastery was certified to be lord of the manor. After the dissolution, Stutchbury was granted out in parcels; part of it with the manor of Sulgrave was granted to Lawrence Washington, gentleman, and is now in the possession of the present lord of the manor. Other portions of it were granted to Robert Sirwhitt, Esq., and John Molle, gentleman, of Northampton; and Sir John Williams and Anthony Stringer, from whom they passed through several intermediate possessors to the present proprietors.

The Church, long since demolished, was dedicated to St. John, and a piece of ground called the church-yard, still denotes the site. The living is a rectory, in the patronage of the University of Oxford. This parish pays a modus of £5 17s. 6d. per annum, to the rector of Helmdon, who generally possesses this benefice.